As a veteran educator, and long-time gamer, Tracy is enthusiastically exploring and bringing gamification to her classroom learning communities, like her Chemistry class where the students have to solve puzzles and find the secret code to escape the classroom. She’s a masters educated chemist about to start her 15th year of teaching. She’s the organizer for the Pittsburgh chapter of the National Coalition of Gamers and hosts many gaming events every month, such as MEEPLE. When she’s not gaming, she’s exploring the world, planning another trip, or diving into new games and new experiences — how about a content-driven escape room in your class? Yes please! 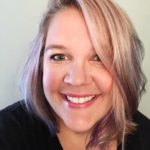 Jon Cassie is Director of Curriculum and Innovation at TVT Community Day School in Orange County, California. A podcaster, gamer and teacher, he is the author of “Level Up Your Classroom,” a practical guide to game-based learning and the gamified classroom, published in 2016 by ASCD. 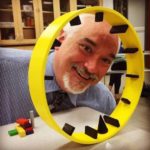 A regular day with Tracy, who is currently on her summer vacation, right now involves teaching as well for the University of Pittsburgh, for Governor School, in a 4-week intensive program (from 9:30 to 4:30). These are high school students going through “Global Studies.” Next week they are playing Pandemic!

During the work-year, Jon is working with teachers and kids, developing curriculum, getting colleagues to use the new spaces of the school (like the makers-space), to raise teaching practices and its a lot of (exciting!) work. He’s into every single type of games! He’s been recently playing a lot of games that involve manipulating dice, like Sagrada and Roll Player. He is also Game Master of Numenera.

Tracy likes to think that she jumps into a FAIL (First attempt in learning) quite often. Nothing has completely crashed but when her projects face students many things work in her head and then don’t work as expected in class. For example, she designed an escape room about significant figures and recording measurements (science class), which she finds super interesting but teenagers certainly don’t. She built an escape room where they had to go around making measurements with different instruments and included letters (that secretly spelled out the name of the school “Sewickley”.) Figuring out what the letters spelled actually took more time than doing the measurements, which were clearly the learning objective, and they went on into recess time! Though she was happy that they were excited about it, it was certainly not what she wanted! This side quest took over the class. A fundamental thing she learned from this experience is that simpler can sometimes be better. The level of the target audience certainly needs to be considered, younger kids have a harder time when not having explicit instructions if it is something they have never practiced before. The great thing about creating this is that even though you might have to tweak it after, you’ve already developed most of it and will require an increasingly smaller amount of dedication and preparation each time!

For Jon, his very first experience was an interesting FAIL. He gamified a whole class on Contemporary American History. In order to pass, students needed to learn some content and do “historical things” (what historians do, basically.) The experience he designed included a system of achievements with “be the first person to…” but he would have never anticipated how successful these achievements would be! When it became clear that there were ways to gain these publicly recognized achievements, that included nothing other than acknowledgment, students were really excited about them! In future designs, he has taken this into account so these drivers of behavior help him to achieve the learning objectives much better. A critique to gamification is that it is too gimmicky, Jon argues that even if it sometimes is, what about it? If it helps you achieve the learning objectives better, then its all welcome!

One achievement that Tracy is really proud of is something that’s not complete yet, where she’s gamifying the lab experience by giving the students a lot more independence to complete the lab experiments. Last time she did a sort of “choose your own adventure,” which involves that in a lab there might be five different experiments going on at the same time. It took work to prepare each of the labs but once this was ready she now has a lot less prep work before the labs. Hopefully, this will be her portfolio piece by this time next year!

Jon did a class in 2012 about the presidential election (Obama-Romney) and divided the students into two campaign teams, one for each candidate. In class, he would break in with news of the day, allowing them short amounts of time to respond to the situation, which would move the electoral college accordingly. It was a sort of RPG scenario and in a particularly long scenario the North Korean government did certain moves that got their allies quite nervous and they had to respond to this crisis. This reminded me of the simulation I had when doing my MBA at IESA during a class about political marketing, that was lead by our professor Carmen Beatriz Fernandez. Such simulation also involved a political campaign but for a local government, it was quite exciting as well!

And that’s it for this episode! If you want to hear the rest, you have to listen to the next episode!

We can reach Tracy and Jon in many places, perhaps the easiest is the Game Level Learn Facebook Page, they’re also starting to build a Discord community, join here! They also have the Game Level Learn webpage, there’s the podcast, you can even email him joncassie[at]gmail[dot]com, they’re both quite active on Facebook and a bit less on Twitter.

There are many ways to get in touch with us, you can go to my Twitter @RobAlvarezB, you can go to our Facebook Page, subscribe to our email list and even ask a question to future guests!